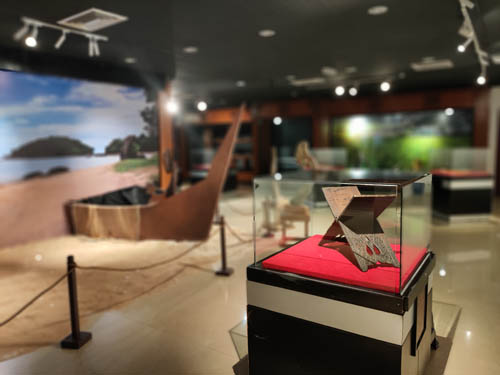 Rehal has traditionally been created as a place to place reading materials such as books, religious books and the Quran. Synonymous with the Muslim community, rehal is used as a base when reciting the Quran. Rehal as an artifact that is often associated with the purity of the Al-Quran also has its aesthetic value as the existence of keris, songket and tepak sirih in Malay culture. Apart from its use for reciting or reciting the Al-Quran, the traditional rehal is also used during berzanji ceremonies, marhaban, religious classes, and is often used as a wedding gift and as a teaching aid in mosques and suraus for a long time. Traditional Rehal has only two manufacturing techniques, namely cross and radial. Its manufacture uses wood carving techniques through perforation and embossing. While the carving motifs mostly use floral, geometric and calligraphic motifs.