This is a brief overview of the situation after the atomic bomb blast recounted by one of the hibakusha (atomic bomb victims) Mr. Tsuka Watanabe in conjunction with the Atomic Bomb Disaster Exhibition: The Nagasaki Hiroshima Tragedy 1945 which took place at the Asian Art Museum in 2009.

The Atomic Bomb Catastrophe: The 1945 Nagasaki Hiroshima Tragedy is an exhibition that shows the side of destruction and inhumanity during the World War II era whose impact can still be seen even though the historic event took place over 50 years ago.

The exhibition which started from 20 August to 31 October 2009 and then extended until 15 November at the request of many is a collaboration between the Museum of Asian Art and the Department of East Asian Studies, University of Malaya with the Nagasaki Foundation for the Promotion of Peace (NFPP). The NFPP was established by the Japanese government to commemorate the catastrophic tragedy and destruction caused by the atomic bomb blast in Nagasaki on August 9, 1945. At the same time it also served to raise awareness of the local and international community through such campaigns, posters, talks and exhibitions on the dangers of the nuclear bomb threat. to the world. 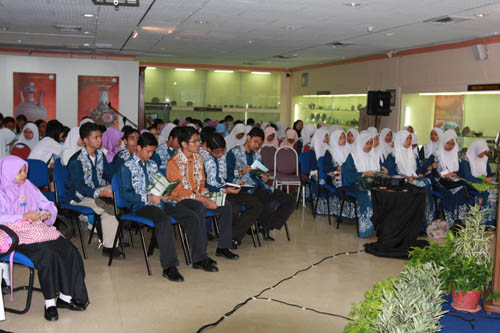 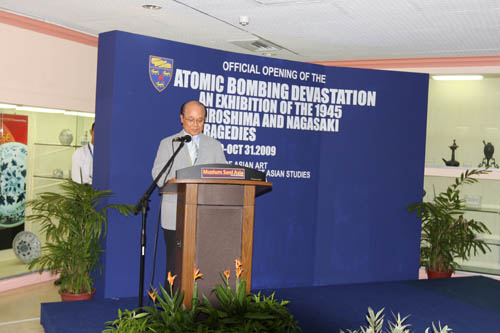 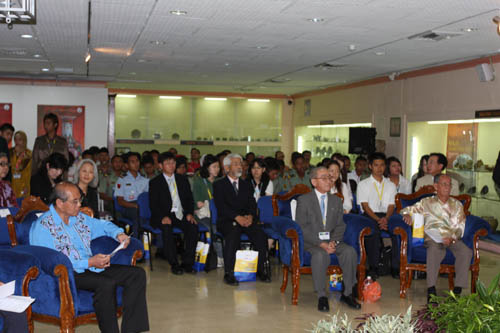 During the exhibition period of almost a month, visitors can feel for themselves the situation of the effects of war felt by the victims of the atomic bomb explosion where the remnants of the tragedy were collected for viewing. Among the exhibition materials provided are info/pictorial panels, video screenings, atomic bomb effect artifacts such as uniforms, home appliances such as bottles, melting roofs, burning effects and so on.

Among the other fillings throughout the exhibition besides a series of lectures from hibakusha are, origami art making which is also closely related to hibakusha (symbolic), a special space of peace messages and lectures on the use of nuclear technology. Interestingly the peace message left by the visitors was sent to the NFPP in Japan to be kept there for 10 years.

Probably not many people know that when this tragedy happened, there were several Malaysian students there including Datuk Abdul Razak who was also present to recount the incident and how he survived.

The museum is quite proud to work with the NFPP to organize this large -scale exhibition and became the first country in the Asian region to host it outside Japan after Spain in 2005, 2006 in France, 2007 in the United States and 2008 in Belgium. 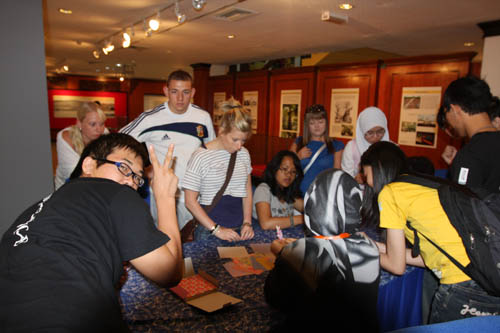 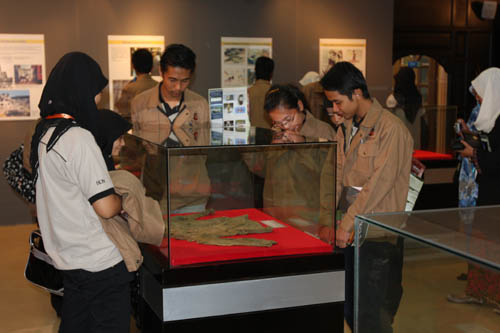 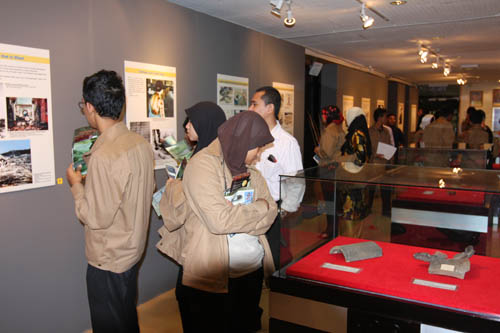 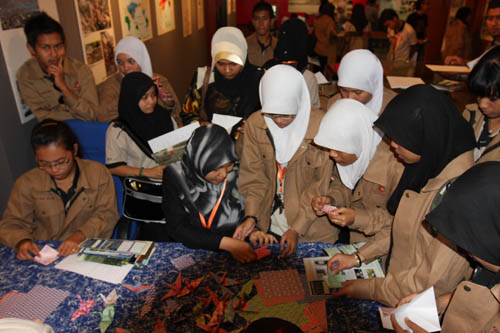 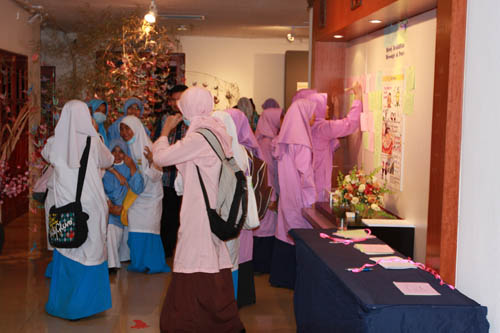 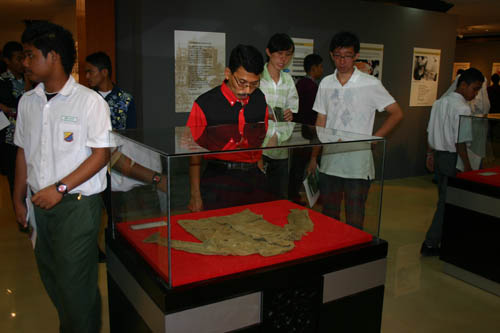